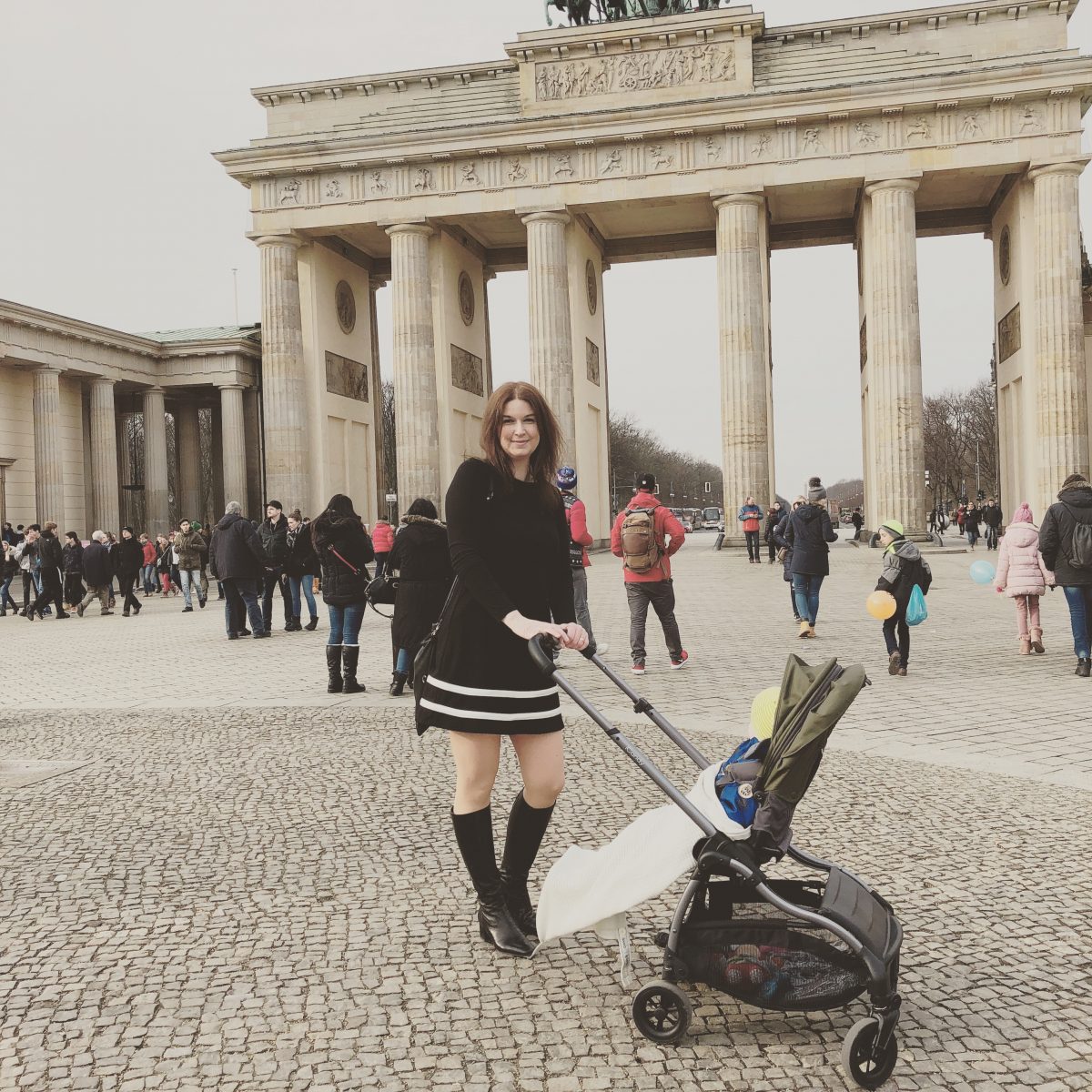 Werbung / Advertisement Deutsche Version hier  Last year I finally got my hands on an iCandy Raspberry stroller as they are a bit harder to come by here in Germany and so I always saw them in John Lewis and couldn’t wait to get one. The review of the original iCandy Raspberry can be found here. At the Kind + Jugend Fair 2017 in Cologne I had the chance to see the new improved iCandy Raspberry2 and I was impressed. iCandy resolved all the minor issues I had with the first one and introduced great new features like the seat elevators. So I was really happy that we now got the new iCandy Raspberry2 and had the change to test it thoroughly in our everyday life, I always like when brands listen to their customers and then improve the products, but iCandy’s customer service has always been great in my experience. Sponsored post/Advertisement as iCandy let us test the iCandy Raspberry2 free of charge. All opinions are my own, this test wasn’t influenced. 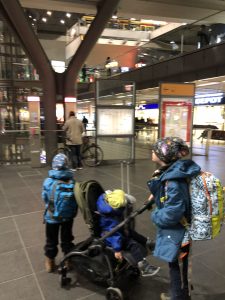 I was lucky that the iCandy Raspberry2 arrived a few weeks before our trip to Berlin. We like to travel so any stroller must be a small fold and just handy for travelling. Assembling the stroller was done within minutes even though I had a little 2-year-old „helper“.

What’s so special about the iCandy Raspberry2?

Same as the original iCandy Raspberry the iCandy Raspberry2 ticks all my boxes what I look for in a buggy: you can use the seat in both directions, either forward facing or parent facing. As small children in bigger cities can get overwhelmed I prefer to have the chance to use a buggy parent-facing. And the iCandy Raspberry2 has a one-piece fold (which is even free-standing), the basket is just huge, it has a good suspension and a rather flat seat position for naps. Of course it is great to push as well.

The new chassis and wheels

The chassis doesn’t look very different to the old one but there is a new colour, beside the classic polished chrome chassis you can choose a „moonrock“ chassis, which is matted and the colour is a dark grey with a hint of blue (in my opinion). The iCandy Raspberry2’s brake it in the middle and very easy to lock and unlock. It is not flip-flop friendly though. What I like about the chassis is that other than with different (most) buggies and strollers I can really walk behind the iCandy Raspberry instead of walking beside it as not to trip over it. The handle is covered in leatherette and adjustable, no weird foam any more but smooth leatherette. 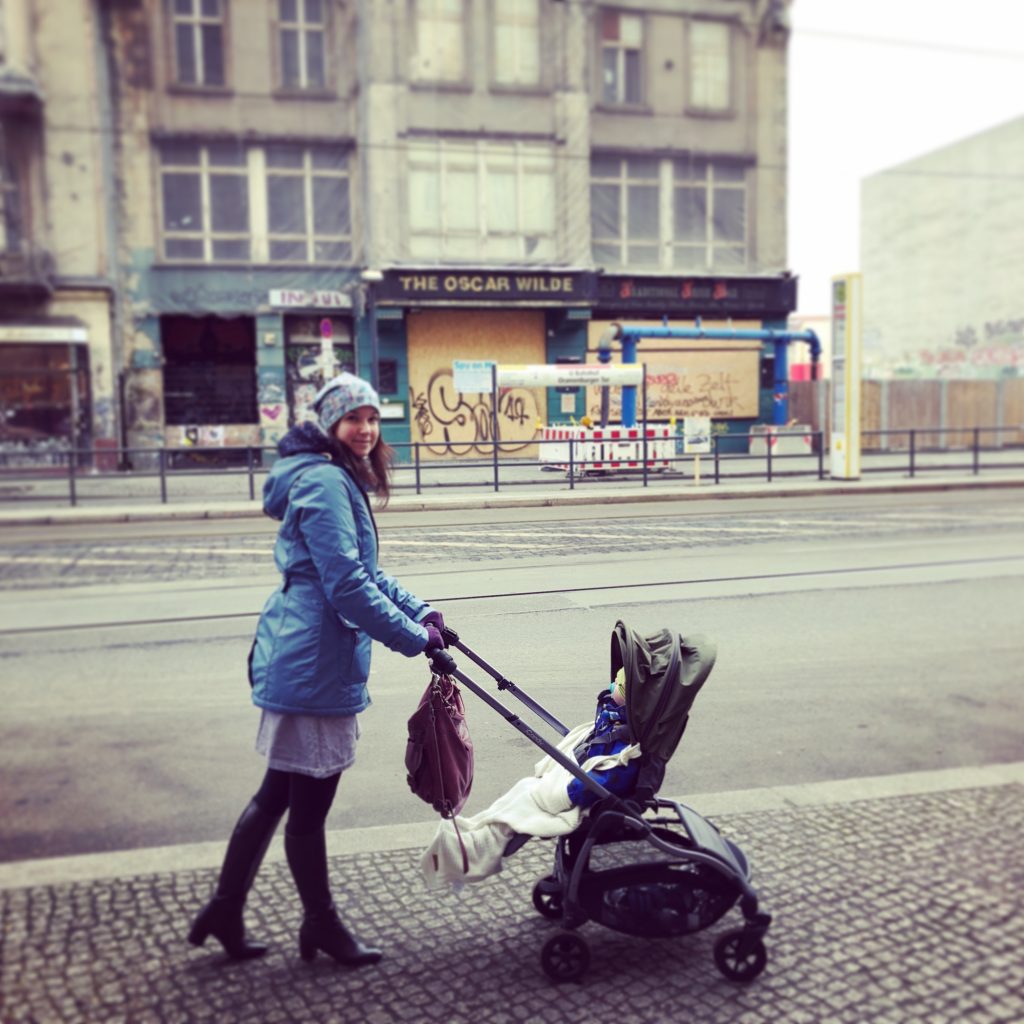 You can fold it down very easily with two buttons and unfolding is similar to the first Raspberry. Our’s was a bit tricky the first few times but now unfolding it is really easy. When folded down the iCandy Raspberry2 stands free, so it’s very easy to store away and the fold is smallish. Most buggy only fold in one piece when the seat is forward facing, the iCandy Raspberry2 is always a one-piece fold even with the seat attached in the rear-facing position.

The wheels have been improved as well, they don’t just look differently but the suspension is even better than with the first Raspberry. All four wheels offer suspension. You can also lock the front wheels if the terrain is rather rough.

As iCandy’s slogan „Own The City“ suggests the iCandy Raspberry2 is perfect for cities. But it is also great to steer in parks and okay to push on pebbled streets or sidewalks. The ride is really smooth and it is easy to push up and down curbs. I liked the first Raspberry but the iCandy Raspberry2 is an even lighter push, one-handed if not just one or two fingers. My elder kids love to push their brother. And it has a very small radius when turning it around, great in narrow shops and lifts to the underground. 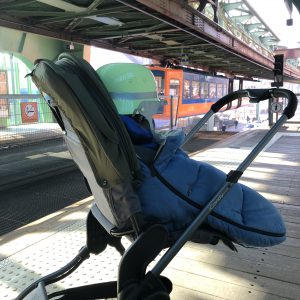 The team at iCandy has had a genius idea, most buggies are rather low so bigger kids can climb into the stroller themselves, now iCandy develeped the „elevator adaptors“ which mean the seat is raised! Now it’s about the height of a high chair, which is handy if you don’t have one available and I like having my son close. We use all buggies parent-facing as we like to talk to each other and him being higher eye-contact is easier and he has a better view of the world. The elevator adaptors are included! So you can choose if you want to use the Raspberry more as a buggy for an older child (the elevator adaptors are up to 15 kilograms) or as a higher stroller for a smaller kid. The iCandy Raspberry2’s seat without the adaptors is tested up to 25 kilograms (even my almost 6 year-old is lighter than that!).

One of the big changes is the material of the seat. The seat of the first Raspberry was rather hard without a seat-liner, now it is padded and of a much nicer material, it’s soft and comfy and rather big so it fits older children as well. 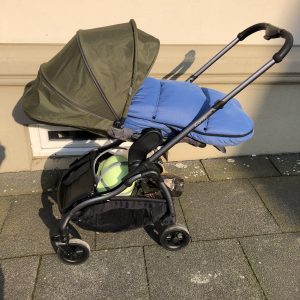 As I mentioned you can put the seat in parent- or world-facing positions and on two hights so there are 4 different possibilities. The seat can be fully upright (in both direction) and has several position including a very flat one for naps. In the back of the seat is a small pocket to put little things like books or baby wipes. You can change the position of the backrest silently with a lever on the backrest.

There is no bumper bar available for the iCandy Raspberry2. The harness was improved as well, there is now a different system to close it and it is bigger. But while it is okay to use I think there are even better solutions available.

More features on the iCandy Raspberry2

To be honest I didn’t like the fabric of the old Raspberry much, it was so easy to snag and even after short use didn’t look to great any more. So I absolutely adore the new fabrics. They are much thicker, stronger and have a very luxurious finish with a honeycomb look. The iCandy Raspberry2’s fabric don’t just look great but they feel really nice as well.  There is now a zip as well so you can make the canopy bigger, when you kid is having a rest or the sun is annoying him it’s the perfect protection. Same with the seat itself, the old fabric felt a bit hard and scratchy and now it’s soft and nice.

There’s something else which I absolutely like: the huge basket. The iCandy Raspberry always had this big basket which several buggies lack in. I am usually out and about without a car, I walk and I use public transport a lot doing my daily grocery shopping as well. It is easy to reach (especially with the elevator adaptors) and I fit in a shopping bag, diapers, a bag from the bakery and even my son’s fireman helmet. The basket can take up to 5 kilograms.

iCandy introduced a lot of new accessories. First of all there is now a carrycot available for the iCandy Raspberry2 which I couldn’t use myself but I saw it and it looked roomy and comfy and it’s even tested for overnight sleeping. If you use the elevator adaptors it is even rather high up.

We also got the new Duo Pod which is a footmuff and a seat liner all in one. If you remove the cover of the footmuff it’s a seat liner and there you have the choice which side to use, the warm fleece side or the side with the honeycomb fabric. My minor issue is just that it is rather on the small side, but here in Germany we tend to use footmuffs much longer than parents in the UK. My son (87 centimetres) just about still fit in so we now use a footmuff we already had.

I had asked iCandy for the Raspberry2 travel bag as well, which comes in a bag and is padded to if you travel with your stroller it is completely safe. We travel a lot and when we are flying I would never put the buggy on a plane without a travel bag and it’s great for journeys with the car as well so luggage and the unavoidable sand don’t damage your lovely stroller. I haven’t used it yet but just tried it and the iCandy Raspberry fits in perfectly so it’s not much of a hassle but done within minutes. When travelling with small children it’s important that putting away the buggy doesn’t take long.

The rain cover is included with the iCandy Raspberry2. You can get a cupholder as well (I forgot to ask for one), the different coloured „Flavour Packs“ and of course the adaptors for your car seat.

The iCandy Raspberry2 is as great as I had hoped after seeing it for the first time. I like both the design but also all the features it offers. Some buggies and strollers look nice but then are annoying when using them. The iCandy Raspberry2 looks gorgeous and it a perfect push.

I only have minor issues like the small footmuff (the easy solution is to use another one) and the harness. In all the iCandy Raspberry2 as close to the perfect buggy as no other stroller I have seen so far. It’s so easy to steer, really light weight (I often carry it up and down stairs to the underground as lifts tend to be out of order) and really ticks all my boxes what I am looking for in a stroller. I like being able to maintain eye-contact with my kid and talk to each other, he is having naps in his buggy and the overall quality is impressive. The iCandy Raspberry2 isn’t cheap but I think it is worth the price. The seat it large and you can use it up to 25 kilograms so it’s a stroller you can use until you definitely don’t need one any longer. The Raspberry2 is easy to fold and then is free standing so easy to store. The fold is small so it even fit between the seats when we were travelling with the train. So for us in our life the iCandy Raspberry stroller is a perfect choice. 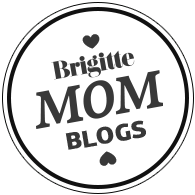